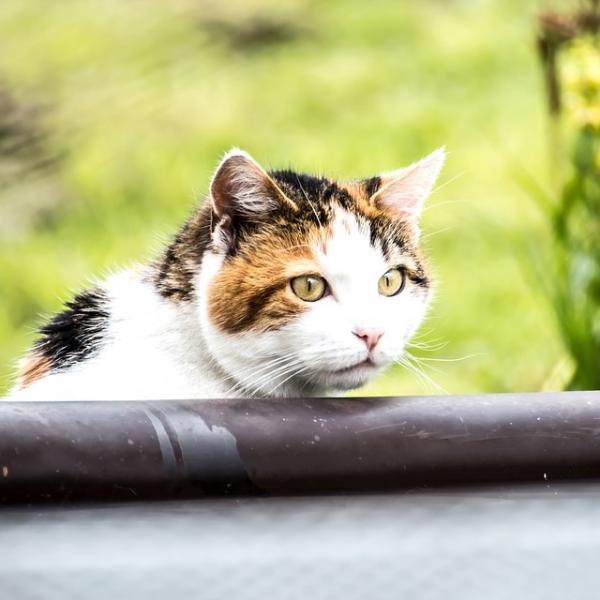 Contents hide
1 They are not small dogs
1.1 But if my cat is like a stuffed animal.
2 The wrong time
3 Prohibited and allowed areas
4 A marked character
4.1 Can you modify the character of a cat?
4.2 And the hormones.
5 The pain

The question “Why is my cat not allowed to touch? “, perhaps one of the most repeated by the first owners of a cat. The tendency to consider them as a small dog, or some novice mistakes that we usually make even though we are already veterans, can make our pussycat shun us every time we try to show our affection with caresses.

This article will try to explain something more about the peculiar character of cats, and the consequences that this can have on the Interaction between humans and cats.

They are not small dogs

We know that they are carnivores, that they are the second most common companion animal in our homes, that they receive us when they arrive at home, making us feel special and that, each in their own way, they enjoy our company. But cats are not dogs in small size, an obvious question that many times we forget. In the same way that we insist to children that they do not harass animals by manipulating them without warnings, or insistently, we must understand that having a cat is like having a demanding boss: he will decide practically everything concerning the interaction with your human.

For cats, our home is their home, and they allow us to live with them. They mark us daily rubbing against our legs in what we understand as a sign of affection, and in their world it is. but a particular affection in which it is clear who is in charge. Therefore, and as far as caresses are concerned, we must understand that it will be the cat that decides how and when you will allow yourself to be caressed and / or manipulated, and will show your disagreement or conformity with multiple signs of feline body language (ears position, tail movements, pupils, sounds) that will indicate when to end the session, or if we can continue.

But if my cat is like a stuffed animal.

Of course, this does not mean that there are not many “croquette cats”, authentic sacks of furry mimes that behave like more accommodating of the lapdogs. In fact, the character varies greatly depending on the type of cat that predominates, and differences between European cat and American cat can be heard in many studies.

Years of selection have achieved feline companions of more size and character more like a dog in some parts of the world, but the so-called Roman cat, the most common in the homes of Europe, is not so different from the one that swarmed near the granaries a few centuries ago, and its character is not usually that of the peaceful and enormous American cats. 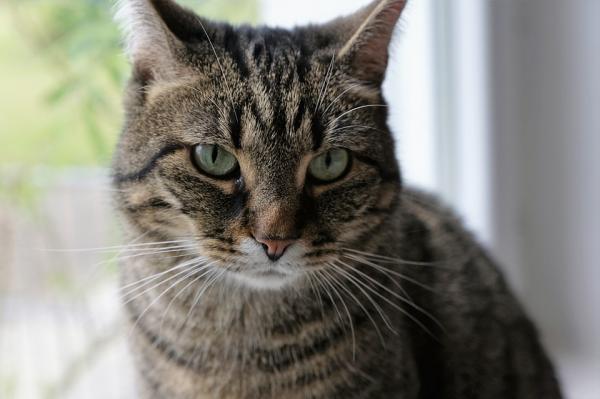 We always tend to try to calm our cat with caresses when we see him in a stressful situation, but this can provoke even more anxiety, make him avoid us and, therefore, we will get our cat not to be touched.

We all have the image of our cat looking out the window and chewing the air while staring at a pigeon. In that instant, we may see his tail move anxiously. Our attempt to caress him possibly finish in a bite, since in that transitory situation (or in others similar), the poor pussycat is a little frustrated as well as concentrated and the last thing he needs is a hand that rests on his back or head.

The new they are difficult to assimilate on the part of the cats, so before visits, changes of furniture, or changes, it is normal that they avoid us when we insisted on caressing them to calm them, without having previously left them the space and time needed to habituate.

If you have just gone through a very traumatic situation (the visit to the veterinarian, for example), it is logical that it takes a few hours to forgive our betrayal, avoid us or ignore us, just like when it is time to give a medication several days, and it will end for changing rooms as soon as he sees us enter.

Cats are very receptive to caresses in certain areas and quite reluctant to touch other parts of the body. The most accepted areas:

However, the saying “defend yourself like a cat upside down” has a solid foundation: cats usually They hate that we insist on scratching their belliesIt is a position of helplessness that does not give them much peace of mind. So, if you try to do it and you wonder why your cat is not allowed to touch, here is the answer.

The flanks are delicate areas too and do not usually like the caresses on them. So nothing more than our feline let us share our home with him, we should begin with gentleness to identify the zones they find it especially annoying that we touch.

Of course, there are the lucky owners of cats that can caress them at will without the pussycat letting a minute of purring, which there are, and give us tremendous envy. But almost all mortals have had or have a standard cat, which has left us several messages in the form of bites on the day or week that I was not in the mood for caresses. 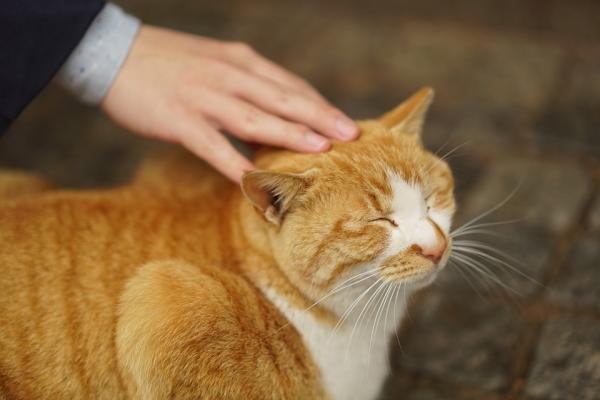 Like every dog, every human or every animal in general, every cat has a character own, defined by genetics and the environment in which he grew up (son of a fearful mother, living with other cats and people in their period of socialization, stressful situations in their critical stage of development.).

Thus, we will find very sociable cats and always ready to interact in the form of caresses and others that will simply make us company a couple of meters away, but without greater confidence. We usually attribute it to a uncertain and traumatic past, in the case of stray kittens, but this shy and elusive type of personality can be found in cats that have shared their lives with humans since the first minute and that have relatively sociable littermates.

Our attempts to accustom them to manipulation can aggravate their reluctance, achieving just the opposite of what we want, so that in the end our cat will get out from under the bed the time to eat and use the sandbox and little else.

Can you modify the character of a cat?

There are behavioral alterations that can be solved with the help of ethologists and / or medication, but if our cat is elusive and shyWe can not change it, just help you by fostering the moments when you approach us and adapt to them. That is, instead of changing it, we can help you adapt, and if that fails, adapt ourselves to the situation.

For example, many cats love to go to the owner’s lap when sitting in front of the television, but they get up immediately when it begins to caress him. Logically, what should be done in these cases is to enjoy this passive interaction, but just as comforting, and not insist on what you dislike, although we never get to know the reason.

Of course, if our cat is whole (not castrated), and the moment of jealousy arrives, everything can happen: from uncouth cats that become sleazy, to mimosa cats that attack every human that moves. And caresses, not to mention.

Male cats can flee from our caresses when they are whole and the time of heat comes because they tend to be more occupied in marking territory, driving away competitors, exploring through the window (with tragic results many times), and paying attention to their instincts, which in socialize with people.

In the case that our cat has always been allowed to caress without major problems, with its best and worst days, but take a while avoiding our caresses or assaulting us by touching it, that is, we observe a change of evident character, it can be a clear symptom of pain and, therefore, the answer to the question “why your cat is not allowed to touch” is in the following causes:

In this case, a visit to the vet, who will discard physical causes, and will seek, once those probabilities are eliminated, the psychic causes, helped by the information we provide. We recommend reading the article about the 10 pain signs in cats, to complete this information.

La dementia in cats It is not as well documented as in dogs, but it is also possible that over the years cats change their habits as do dogs. Even if they recognize us, maybe even before they adore that we caress them, the years make them more special and they decide to cut before the caresses, or choose to avoid them, without there being any evidence of physical pain or psychic suffering. only that they become cantankerous, like humans, but it is necessary to verify first that the origin of that behavior is not a physical or mental ailment. 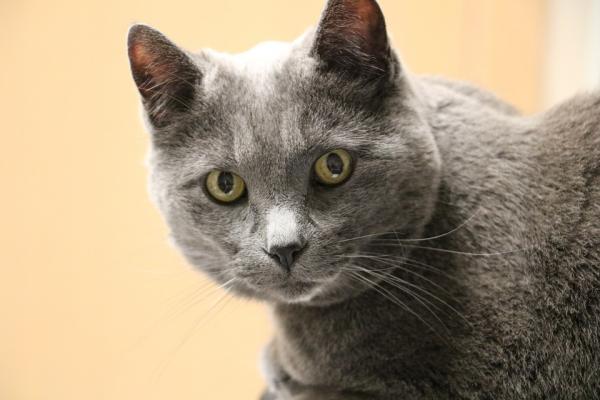 If you want to read more articles similar to Why is my cat not allowed to touch?, we recommend that you enter in our behavior problems section. 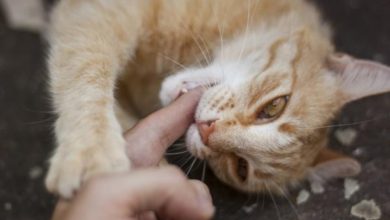 Why does my cat bite me when I pet it? 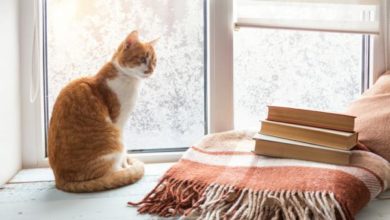 My cat spends a lot of time alone 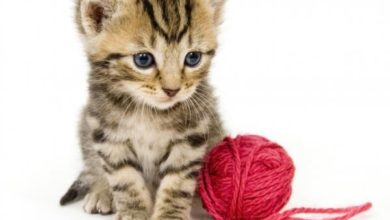 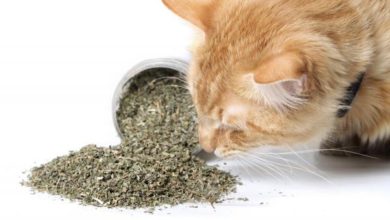 Properties of catnip or catnip grass