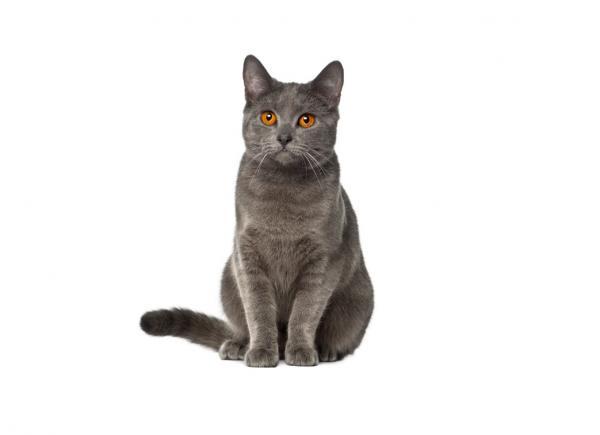 Of uncertain origin but undoubtedly one of the oldest races that are known, the Carthusian cats have shared history with important figures such as General de Gaulle and Templar monks from a homonymous monastery located in France. Whatever their origin these felines, are unquestionably adorable, with a docile and affectionate character will win the hearts not only of their owners, but you of anyone who knows him.

In this file we will explain everything you need to know about the Carthusian cat, doing a general review of its origins, character, care or health problems, do not miss it!

Origin of the Carthusian cat

There are numerous versions about the origins and history of the Carthusian cats, the most accepted is that they come from Western Siberia, where they existed millennia ago, so it is a really old race and rooted in history. Hence they present a mantle so thick, since it served them as isolation in the cold and hard Iberian steppe.

Sharing home with the monks of French monastery Le Grand ChartreuxThese felines are believed to have been bred from the selection of Russian blue cats in order to obtain felines that barely meow, so as not to distract the monks in their prayers and tasks. Although the monastery was founded in 1084 it is considered that the ancestors of these cats did not reach the monastery until the XIII century, it was then that religious who had battled in the holy crusades returned to the monasteries to continue their lives dedicated to prayers and monastic tasks.

They also played a fundamental role in the monastery from which they took their name, since the Carthusians defended the manuscripts and provisions of mice that stalked them, keeping all the dependencies of the temple clean of these rodents.

The truth is that it was not until the 20 years of the last century that chartreux participated in feline exhibitions. But due to the decline caused by the Segunda Guerra Mundial the breed was on the verge of extinction, therefore controlled crossing with british shorthair was allowed to preserve it.

It is not until 1987 that the TICA officially recognizes the breed, recognizing also the FIFe and the CFA in a short time. It is still unclear whether his name actually comes from the monastery of the French Carthusians or a variety of wool from Castile called “piles de Chartreux”, whose appearance is suspiciously similar to the coat of Carthusian cats.

Physical characteristics of the Carthusian cat

Carthusian cats have a fairly wide range of weights and sizes, this is due to the fact that there are large differences between females and males. sexual dimorphism much more marked than in other cat breeds. In the case of the facts the size to medium to large, having specimens that weigh up to 7 kilograms and having a fairly wide breast, the females being almost always medium, not exceeding the 3-4 kilograms. Its tail is of medium length and base wider than the tip, which is rounded.

Regardless of gender, Cat have a robust and muscular body, but at the same time agile and flexible. The extremities are strong but fine in proportion to the rest of the body, the feet being wide and round, with pads of a blue-gray tone.

The Carthusian head has an inverted trapezoid shape, with soft edges and solid jaw, with fleshy cheeks and a perpetual smile because the silhouette of its mouth makes it look like it is always happy and smiling. Its ears are medium sized and rounded at the tips. The nose is straight and wide and the forehead high and flat, reaching eyes always golden, round and large, with the expressiveness and transmission capacity of its golden gaze being marked. A curiosity is that the Carthusian puppies are usually born with blue-green eyes, which turn golden around the months of 3.

The coat is dense, with double layer, that is, they have a woolly sublayer, which insulates them from cold and humidity, their hair is short and always a solid blue.

These smiling and cheerful felines are just as we transmit their image, they are cats docile, sweet and delicate. They adapt to almost any environment, as well as coexistence with children and other animals. Although he is more affectionate with his family, he is a quite sociable and open cat, making friends with the visitors and their pets, since he is known for playing and understanding very well with dogs and other cats.

This breed has been compared on multiple occasions with dogs, since they usually follow their caregivers Throughout the house, wanting to be together with theirs at all times, for that reason, love to spend hours lying or sitting on their owners, as well as sleeping with them and enjoying their company, so it may not be the best option if we foresee that he will spend a lot of time alone.

In addition to all that they are animals Very intelligent, of a balanced character and an almost infinite patience, being practically impossible to see them behave aggressively, since they prefer to avoid confrontations and especially fights, since they are also able to foresee when something like this may happen and prefer to disappear and hide until that they see that that possible unpleasant situation has happened.

Due to the particular characteristic of its fur, because it has a double layer, we must be aware of its care, brushing daily to avoid hairballs, which can trigger more serious problems like intestinal obstructions, and that these hairs are scattered throughout our home. Baths are not necessary, but if it is convenient for some reason, it is recommended to be very careful when drying them, since we may dry them superficially, leaving the woolly sublayer moist, which could cause colds or pneumonia.

Apart from those particular care, we have to provide our pet with food and exercise, as well as providing them with appropriate toys. We also have to clean your mouth and ears, take care of your general state of health and monitor if your eyes are dirty or watery.

Despite being a healthy breed of cats we have to contemplate some particularities that could cause health problems to our pet. It has been proven that cats of this breed tend to accumulate earwax in your ears, that is why we can ask our veterinarian to advise us how to clean their ears correctly, what ear cleaner would be best to do it and it would be appropriate for each visit to the specialist to do a review in addition to check the status General health will look with special attention to your ears.

On the other hand it also seems that another disease affects especially these cats, it is the so-called patellar luxation, which also affects the Bengali cat, this condition attacks the kneecaps of the Carthusians, it being easier for them to dislocate than in other races, so it would be convenient to perform frequent radiological examinations and follow-ups.

We also have to take care of food and quantity of food that we give to our Carthusian, since they are somewhat gluttonous and tending to develop overweight and obesity, both quite harmful to the health of our feline. But nothing that can not be prevented and solved with a balanced diet and regular sessions of games and physical exercise. 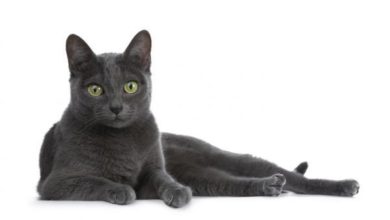 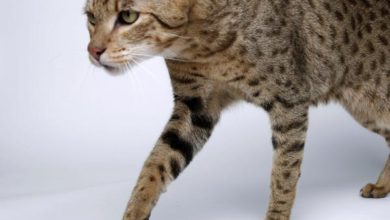 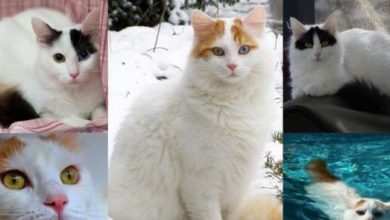 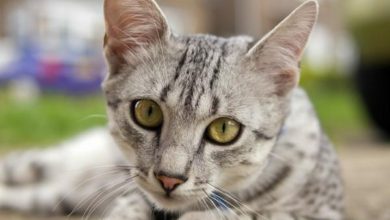