Probably many times you will have observed that while your cat sniffs open his mouth slightly, making a kind of grimace. You may think he’s surprised, but it’s not really a face of wonder.

People have a constant tendency to associate certain animal behaviors with those we carry out, humans, which is perfectly normal, considering that it is the behavior that we know best. However, most of the time it is not what we are thinking.

Each animal has a specific behavior and different from the rest of the species. If you have a cat, it will be important that you inform yourself about the usual feline behavior, in this way you will be able to detect any problem quickly and your relationship will be much closer. Next, in, we will explain you why cats open their mouths when they smell something. You’ll be surprised!

Why do cats open their mouths when they breathe?

Cats are able to detect substances that are not volatile, as is the case with the pheromones. These chemicals send messages through the different nervous stimuli to the brain, which in turn interprets them. This allows the feline receive information of their social group, being able to detect the zeal in the cats, for example.

The vomer bone, located between the nose and the mouth of the cat, contains a sensory organ called “vomeronasal”, also known as Jacobson’s organ. Although its functions are completely unknown, this body is fundamental for hunting and reproduction, since it is partly responsible for receiving the essential olfactory information for social relations or the relationship with the environment.

Why is the cat’s mouth open?

That is because of Flehmen’s answer. The cats slightly raise the upper lip to create a pumping mechanism that allows odors reach the vomeronasal organ. For that reason cats open their mouths when they smell something, to facilitate the entry of pheromones and other chemical substances.

But the cat is not the only animal that has this incredible organ. If you have ever wondered why dogs lick the urine of other dogs now you know the answer: it is due to Jacobson’s organ. exist several species that have this reflection, such as horses, cows, tigers, tapirs, wolves, goats or giraffes.

Why do cats open their mouths and pant?

The behavior that we have talked about so far it has nothing to do with panting. If your cat has started panting like dogs do, for example after exercising, obesity is probably the cause.

Obesity in cats can cause different respiratory disorders. It is common, for example, that overweight cats purr more. If your cat coughs or sneezes, it should be visit the vet immediately, to detect or rule out any pathology.

Some examples of diseases related to breathing are:

Whenever a change in the habitual behavior of the cat is detected, the trusted specialist should be contacted. Sometimes, small details can help us detect health problems in the primary stage, one of the keys for the treatment to be successful and the cat can recover quickly. 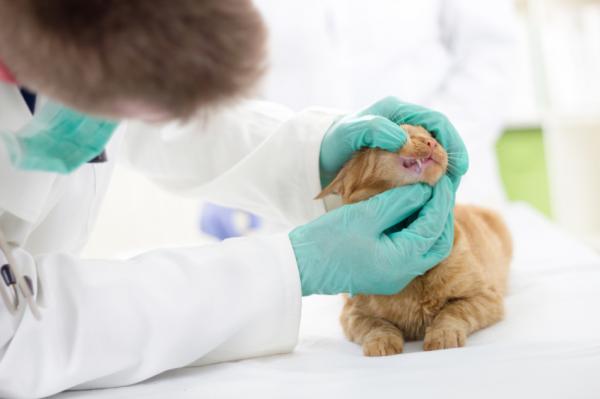 If you want to read more articles similar to Why do cats open their mouths when they smell something?, we recommend that you enter in our Curiosities section of the animal world. 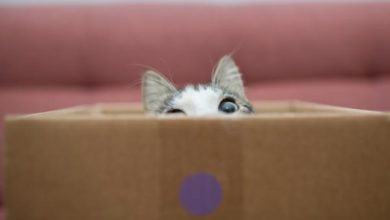 10 places where cats love to hide 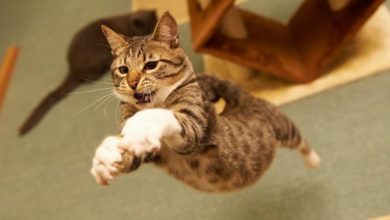 Why does my cat drool a lot? 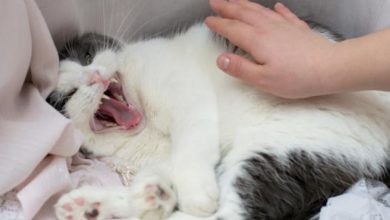 Why do cats not like being touched by their bellies?