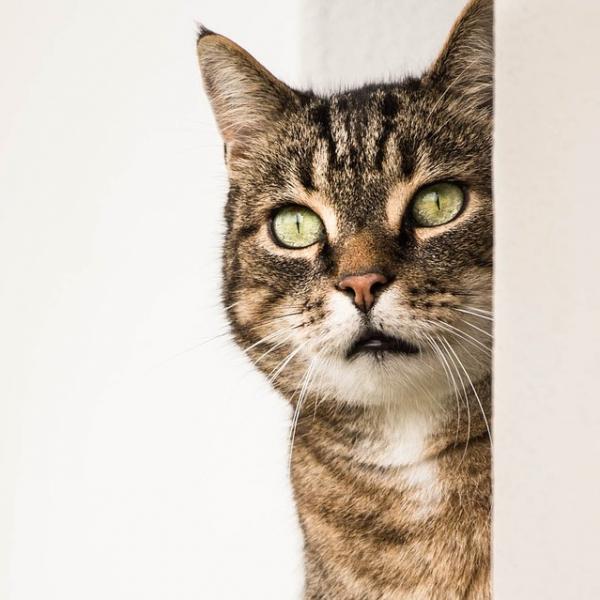 Contents hide
1 Are cats aware?
2 Cats do not see us as humans
3 Cats are not domesticated animals
4 Cats train their owners
5 What propitiates the thought of a cat?

Do you share your home with a cat? Surely the behavior of these domestic felines have amazed you on more than one occasion, since precisely one of the main characteristics of this animal is its independent character, which does not mean that they are not affectionate, although of course, they are completely different from the dogs.

The research carried out so far with the purpose of studying behavior, communication and animal thinking have yielded surprising results, especially those that have been dedicated to approaching feline thought.

Do you want to know how cats think? In this article we explain it to you.

Few animals need to have as much control over their environment as cats, which is why felines are the animals most prone to stress as well as the dangerous consequences of this state when it is prolonged over time.

But how is it possible that an animal with such sensitivity does not have Awareness about their own existence? Well, the truth is that this is not exactly true, what happens is that scientific studies about animal consciousness mainly use a mirror to observe the reactions and determine the degree of consciousness, and the cat does not react.

However, cat lovers maintain (and it seems reasonable) that this lack of reaction is due to the fact that cats they do not perceive any smell in the mirror and therefore nothing attracts them enough so that they can approach their reflection and interact with it. 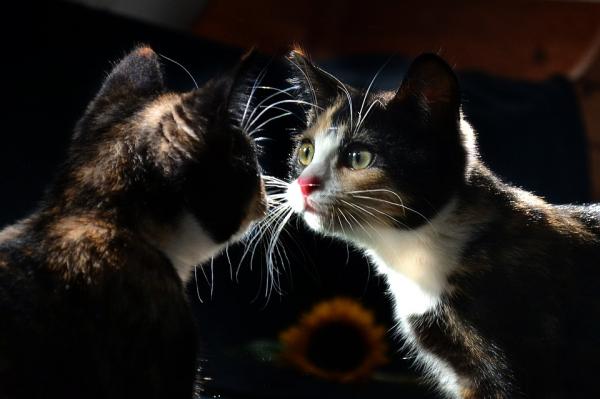 Cats do not see us as humans

The biologist Doctor John Bradshaw, from the University of Bristol, has been studying felines for 30 for years and the results obtained through his different investigations are surprising since he has determined that cats do not perceive us as humans, nor as masters, as giant versions of themselves.

In this sense the cat conceives us as if we were simply another cat with which he can socialize or not, according to the moment, his interests and his desires, but under no circumstances believes that we are a species that can master them.

This characteristic is evident if we compare cats with dogs, since dogs do not interact with humans in the same way that they do with other dogs, on the other hand, cats do not alter their behavior when they are in front of a human. 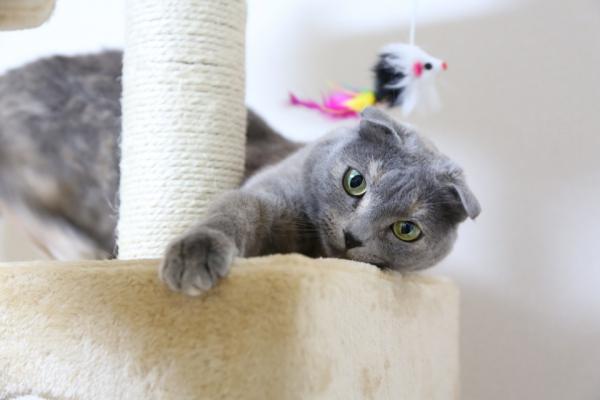 Cats are not domesticated animals

Obviously a cat can be trained to know what he can not do in his human home and like a dog, he also responds well to positive reinforcement, but this should not be confused with a process of domestication.

Experts believe that the domestication of the first dogs may have occurred approximately 32.000 years ago, however, lthe cats started their relationship with humans ago around 9.000 years.

The important thing is to understand that in these 9.000 years the cats have not allowed themselves to be domesticated, but rather they have learned to cohabit with humans to take advantage of all the collateral benefits that these “giant cats” can provide, such as food, water and a comfortable environment to rest. 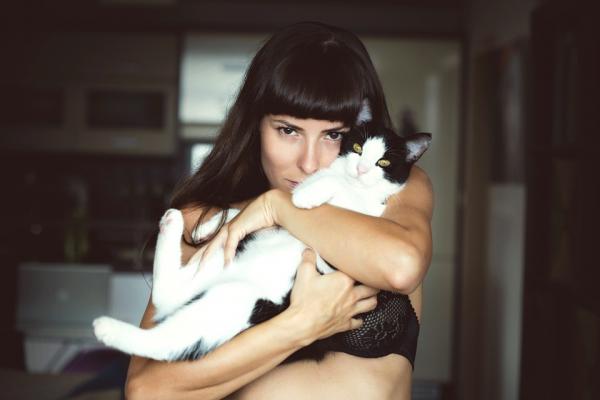 The cats are extremely intelligent, so much so, that they are capable of training us without us hardly noticing.

Cats continuously observe humans, which they see simply as giant cats, for example, know that purring is very possible to awaken our protective instincts, which most of the time ends in a reward in the form of food, so Therefore, they do not hesitate to use purring as a means of manipulation.

They also know that when emitting certain noises, one goes in search of them or on the contrary, leaves the room where they are, and it is through the continuous observation towards their human family that the cat adapts our answers to your needs.

But that’s not all, cats can also feel instincts of protection towards us. Has your cat ever left you a small prey at the entrance of the house? This he does because although he sees you as a giant cat, he considers you a clumsy cat who may have difficulties in getting food, and well, very dearly, decides to help you in this important task.

The cat considers that he must train you, in a certain way because as we mentioned he thinks that you are clumsy (not weak or inferior), also for this reason your cat rub against you, marking you with your pheromones, as if you were their property. At other times he simply wants to clean himself or use you as a scraper, but this is a good sign, since he indicates that they do not see us as hostile rivals. 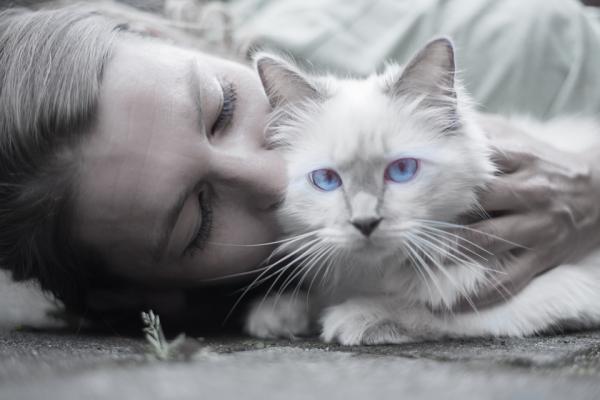 What propitiates the thought of a cat?

The thinking of cats is due to different factors, although generally the most determining are their instinct, the interactions they perform and above all the record of past experiences.

It is important that you know that all the studies that try to decipher the feline thought conclude that you should only interact with the cat when he asks, because otherwise, they suffer great stress. 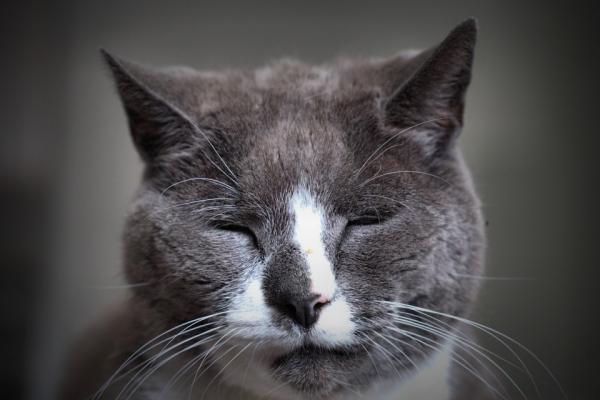 If you want to read more articles similar to How do cats think?, we recommend that you enter in our Curiosities section of the animal world. 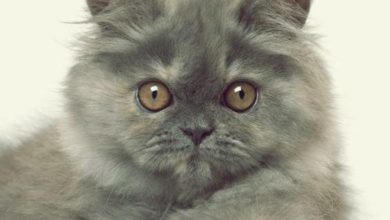 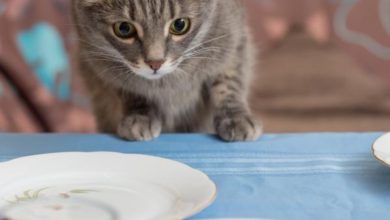 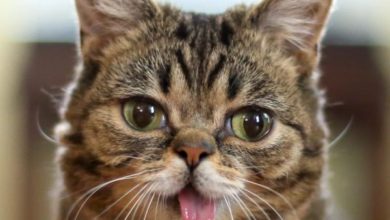 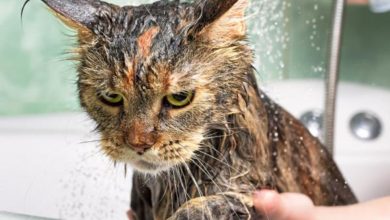